Context. HD 110432 was classified as a “γ Cas X-ray analog” since it has similar peculiar X-ray and optical characteristics, i.e. a hard-thermal X-ray variable emission and an optical spectrum affected by an extensive disk. It might be a Be star harboring an accreting white dwarf or that the X-rays may come from an interaction between the surface of the star and its disk.
Aims. To investigate the disk around this Be star we used the VLTI/AMBER instrument, which combines high spectral (R = 12   000) and high spatial (θmin = 4 mas) resolutions.
Methods. We constrain the geometry and kinematics of its circumstellar disk from the highest spatial resolution ever achieved on this star.
Results. We obtain a disk extension in the Brγ line of 10.2 D⋆ and 7.8 D⋆ in the He I line at 2.05 μm assuming a Gaussian disk model. The disk is clearly following a Keplerian rotation. We obtained an inclination angle of 55°, and the star is a nearly critical rotator with Vrot/Vc = 1.00 ± 0.2. This inclination is greater than the value found for γ Cas (about 42°), and is consistent with the inference from optical Fe II emission profiles that the inclination should be more than the γ Cas value. In the near-IR continuum, the disk of HD 110432 is 3 times larger than γ Cas’s disk. We have no direct evidence of a companion around HD 110432, but it seems that we have a clear signature for disk inhomogeneities as detected for ζ Tau. This asymmetrical disk detection may be interpreted within the one-armed oscillation viscous disk framework. Another finding is that the disk size in the near-IR is similar to other Be stars with different spectral types and thus may be independent of the stellar parameters, as found for classical Be stars. 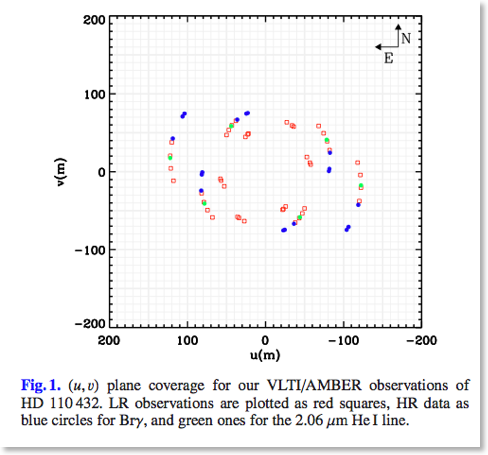 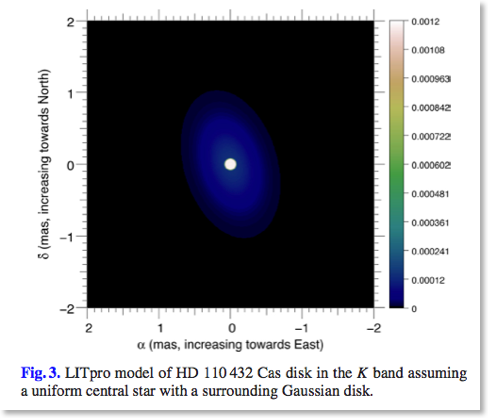 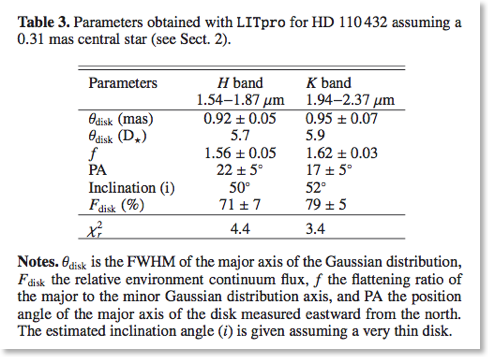 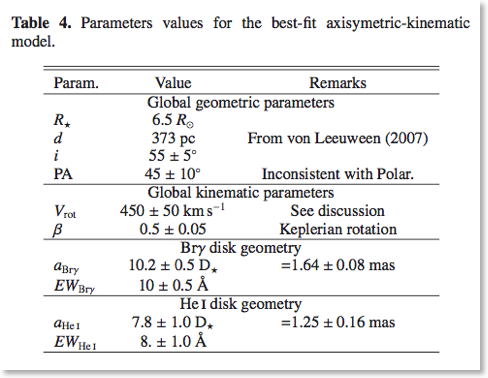 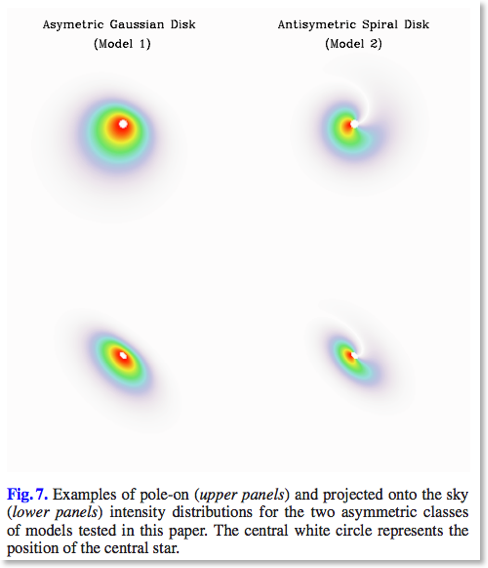 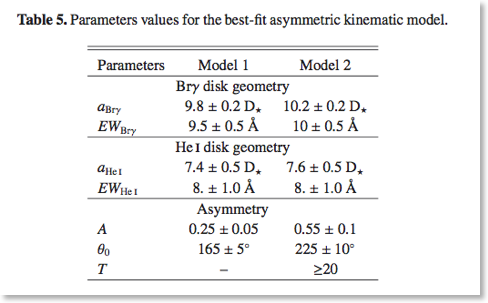