The mass-loss mechanism in normal K–M giant stars with small variability amplitudes is not yet understood, although they are the majority among red giant stars.

We present high-spatial and high-spectral resolution observations of the M7 giant BK Vir with AMBER at the Very Large Telescope Interferometer (VLTI). Our aim is to probe the physical properties of the outer atmosphere by spatially resolving the star in the individual CO first overtone lines.

The uniform-disk diameters observed in the CO first overtone lines are 12–31% larger than those measured in the continuum. We also detected asymmetry in the CO line-forming region, which manifests itself as non-zero/non-π differential and closure phases. The data taken 1.5 months apart show possible time variation on a spatial scale of 30 mas (corresponding to 3 × stellar diameter) at the CO band head. Comparison of the observed data with the MARCS photospheric model shows that whereas the observed CO line spectrum can be well reproduced by the model, the angular sizes observed in the CO lines are much larger than predicted by the model. Our model with two additional CO layers above the MARCS photosphere reproduces the observed spectrum and interferometric data in the CO lines simultaneously. This model suggests that the inner CO layer at ∼1.2 R⋆ is very dense and warm with a CO column density of ∼1022 cm−2 and temperatures of 1900–2100 K, while the outer CO layer at 2.5–3.0 R⋆ is characterized by column densities of 1019–1020 cm−2 and temperatures of 1500–2100 K.

Our AMBER observations of BK Vir have spatially resolved the extended molecular outer atmosphere of a normal M giant in the individual CO lines for the first time. The temperatures derived for the CO layers are higher than or equal to the uppermost layer of the MARCS photospheric model, implying the operation of some heating mechanism in the outer atmosphere. This study also illustrates that testing photospheric models only with the spectra of strong molecular or atomic features can be misleading. 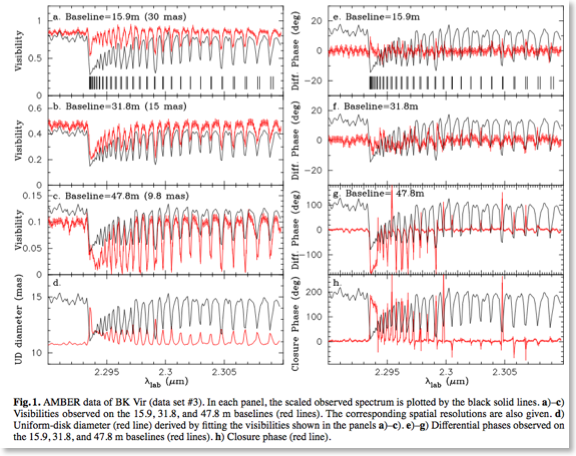 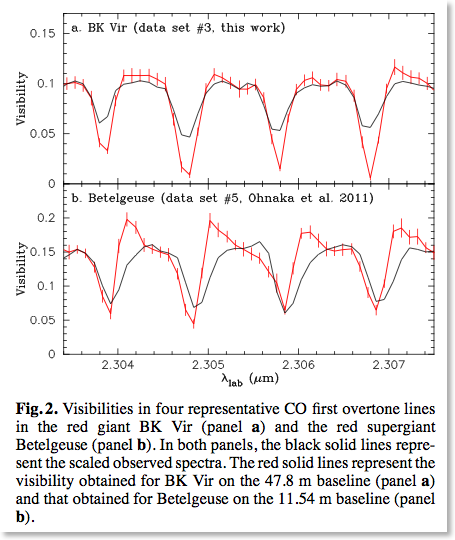 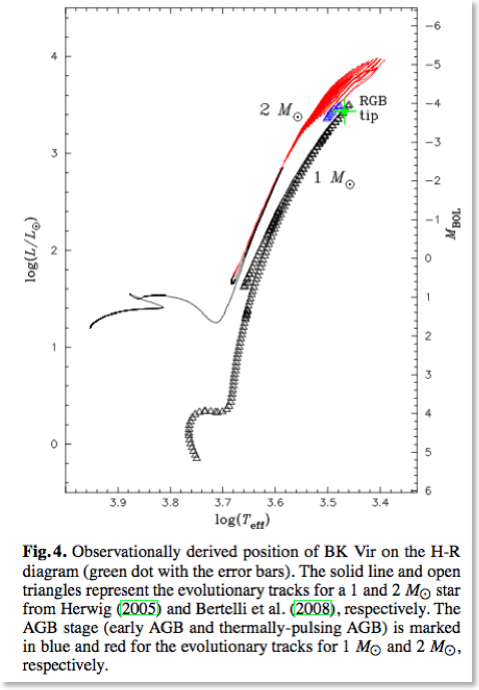 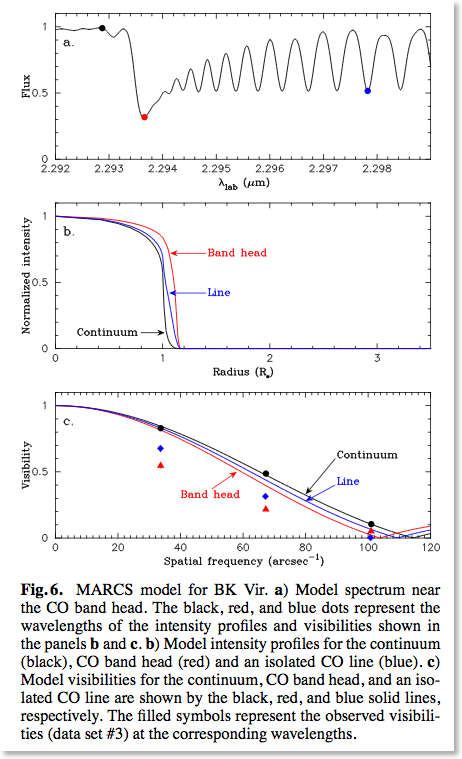 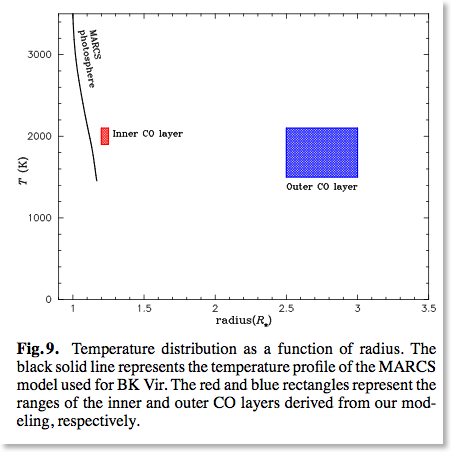